ArcanaHeart 3: LOVEMAX!!!!! is the updated version of the beloved 2D fighter that includes rebalanced gameplay as well as several new game modes to choose from. Select between 23 adorable anime characters with new attacks, defense skills and new 3D rendered environments. Mix and match each character with Arcanas (celestial beings) in order to figure out which combination works best for you while creating new deadly custom combos! Prove your skill in online multiplayer or enjoy the new content in story mode. With new hidden scenarios and over 300 vignettes depicting the daily lives of the heroines, there is more than enough content to keep you busy for countless hours.

Voluminous Story Content! – Follow the 23 angels through a massive amount of hidden scenarios (over 300!) that depict the (mostly) pleasant daily lives of our delightful heroines.

Excruciatingly Cute, Craftily Created Characters! – Our fighters (23 total!) come in a wide range of battling builds, each with unique techniques to dole out the punishment

For further customization, feel free to deck out your favorite fighter in 1 of 19 color schemes!

Characters can also be combined with 23 various arcana (celestial beings) who alter stats and abilities add to a character’s abilities, giving players more freedom in how their favorites fight (a total of 529 different combinations) 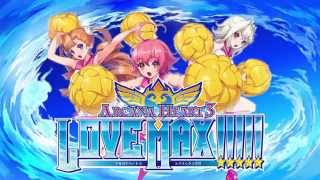