Guilty Gear Xrd -SIGN-, the newest entry of the critically acclaimed and revolutionary Guilty Gear fighting game series, will be available this holiday season. Celebrating its rich 16-year history as one of the most innovative fighting games ever, Guilty Gear Xrd-SIGN- brings its completely redesigned, extreme style and unique 3D animation to players everywhere! Enjoy new characters, a revamped graphical style, and new gameplay tweaks as Guilty Gear joins the next gen!

A Seamless Experience – Arc System Works, developer of Guilty Gear, is legendary for its 2D animation style and decided to bring that sensibility to the world of 3D, creating a seamless and unique experience that will stun players with Guilty Gear’s smooth, yet amazing graphics! 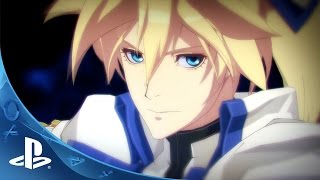