River City Melee Mach!! is a significant update to River City Melee: Battle Royal Special, a 2D hot-blooded fighting action game, where four players choose from a multitude of teams to duke it out in an anything-goes battle-royale brawl!!

Story
A few days after the Great Athletic Meet held by Reihou Academy, posters about an “Anything Goes Martial Arts Tournament” were posted all over town. At the same time incidents of high school students being attacked were also happening. Suspicions grew that the attacks and the melee tournament were somehow related.

In order to uncover the truth, Kunio gathers up the strongest members of his hot-blooded high school to participate in the melee tournament…

A 2D hot-blooded fighting action game, where four players choose from a multitude of teams to duke it out in an anything-goes battle-royale brawl!! Choose from a ton of characters each with their own special moves and skills. Tons of items to use in combat!

Use countless new weapons to expand your strategy! 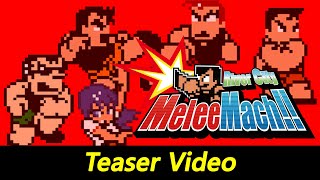 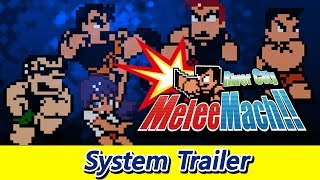