The critically acclaimed 2013 anime title that shook the streets of Honnou City, ‘KILL la KILL’ finally makes a comeback as an 3D arena fighting game! Play as Satsuki Kiryuin, Ryuko Matoi, and more, and indulge in the alternate story that will draw you deeper into the vivid and action filled world of ‘KILL la KILL’.
© ARC SYSTEM WORKS / ©TRIGGER,Kazuki Nakashima/Kill la Kill Partnership

Pick your fighter from a roster of unique and charismatic characters, ripped straight from the anime!

Activate your Ketsui Burst and hit your opponent to start the Rock-Paper-Scissors debate! Win to increase your Ketsui Level and become more powerful. 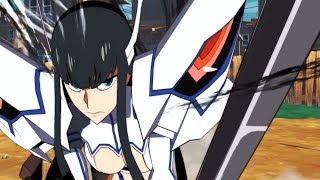